Box Office > New movies in theaters – Jumanji: The Next Level and more 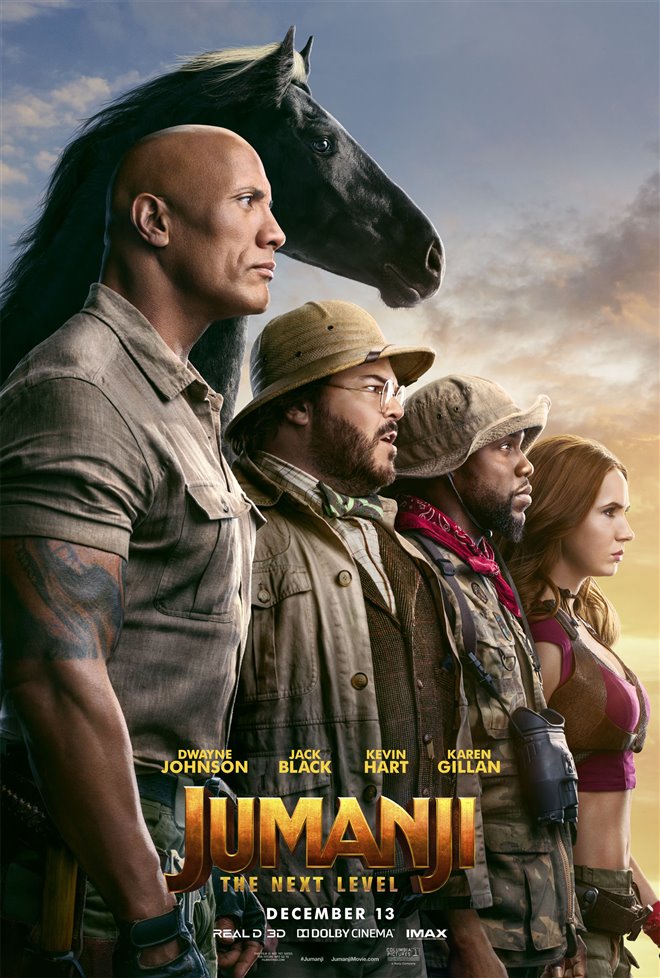 The new action-comedy Jumanji: The Next Level opens today, along with with horror-thriller Black Christmas and the drama Richard Jewell. Check out the full list below.

Jumanji: The Next Level – The gang is back but the game has changed. When teenagers Bethany, Martha and Anthony, a.k.a. “Fridge,” find out Spencer went back into the game on his own, they decide to go rescue him, but they’re sucked into the game before they can choose their avatars. Once in Jumanji, they discover that nothing is as they expected it to be. Click here for showtimes.
Trailer: Jumanji: The Next Level

Black Christmas – When sorority sister Helena goes missing during a Christmas party, her fellow sister Riley (Imogen Poots) reports her disappearance to the police but isn’t taken seriously. Riley and another sorority sister, Kris, begin to get strange phone calls and threatening texts. Soon after, they discover the members of their sorority are being killed one by one. Click here for showtimes.
Trailer: Black Christmas

Richard Jewell – Security guard Richard Jewell discovers a backpack with a pipe bomb inside the grounds of Centennial Olympic Park shortly after midnight and helps clear the area, saving countless lives. He’s branded a hero — but within days, he becomes the FBI’s prime suspect and is vilified in the press. Click here for showtimes.
Trailer: Richard Jewell