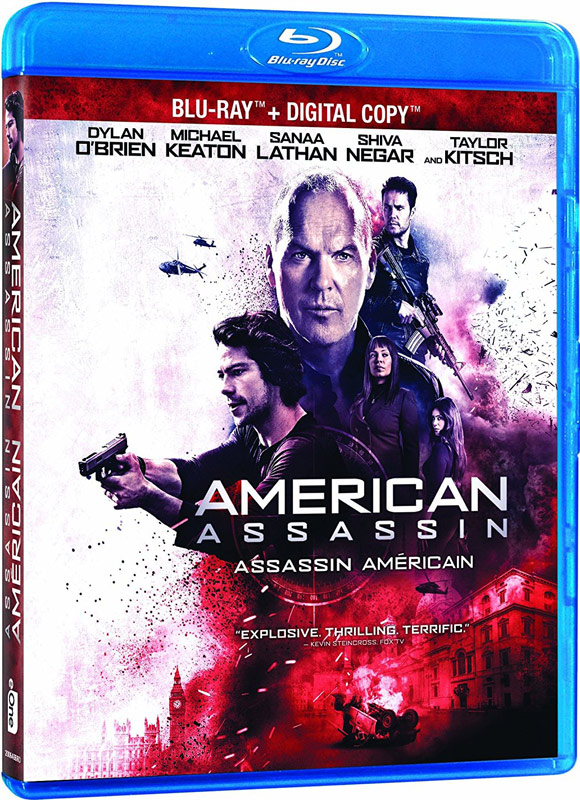 There aren’t a lot of new releases on DVD this week, but there’s something for everyone just the same. There’s the latest in the family favorite Despicable Me series, an action-packed assassin’s tale, a holiday-themed horror and a French biographical drama about a revolutionary dancer. Leave a comment below about which ones you can’t wait to watch. ~Hayley Michaud

American Assassin – After losing his parents as a teenager, Mitch’s (Dylan O’Brien) life spiraled out of control. Years later, he’s gotten his life together and is ready to marry his girlfriend, but when he proposes on a beach, a terrorist attack takes her away from him as well. After months of grief, Mitch is consumed with a desire for vengeance. That path leads him to join an operative group run by the CIA formed to fight the terrorist group that killed her.
Trailer: American Assassin

Despicable Me 3 – Gru (Steve Carell) goes on a quest to meet his long-lost twin brother, Dru (Steve Carell), who was raised by their father. When a former child star tries to exact revenge for his long-canceled TV series, Gru, his wife Lucy (Kristen Wiig), the kids and of course the Minions have to work together to stop him.
Trailer: Despicable Me 3

Better Watch Out – As Ashley (Olivia DeJonge) babysits 12-year-old Luke (Levi Miller), things get out of hand. A brick is thrown through the window and someone calls the house, saying they can see her. When Luke’s best friend Garrett (Ed Oxenbould) shows up, Ashley is determined to protect the three of them. Things take a twist when it appears Ashley discovers who the intruder is and why these things are happening.
Trailer: Better Watch Out

The Dancer – Based on the life of famous French dancer Loïe Fuller (Soko) as she goes from rural farm girl to a revolutionary figure in modern dance. Known for her “Serpentine” dance, she impressed people beyond Paris, but struggled for her art. The physical demands of dance and issues with mental health are made worse when prodigy Isadora Duncan (Lily-Rose Depp) steps into the scene.
Trailer: The Dancer