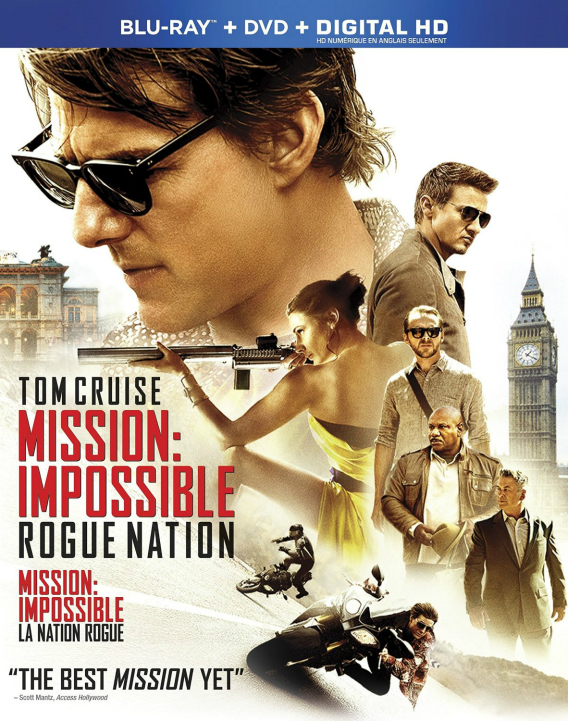 This week offers a number of great new releases – just in time to get for your favorite movie lover for Christmas! From Ted 2 to Mission: Impossible – Rogue Nation to Maze Runner: The Scorch Trials, there’s something for everyone this week.

Ted 2 is the sequel to Ted, featuring everyone’s favorite foul-mouthed teddy bear. This time Ted (Seth MacFarlane) wants to have a baby with his new bride Tami-Lynn (Jessica Barth) but when they try to adopt,  the state requires that Ted prove that he is a person, and not a possession. Along with his best friend John (Mark Wahlberg) and the help of a recent law-school grad named Samantha L. Jackson (Amanda Seyfried), Ted and John set off to court to get the teddy bear the right to be recognized as a person.
Trailer: Ted 2

In the Fantastic Four reboot, four young outsiders (Miles Teller, Kate Mara, Michael B. Jordan, Jamie Bell) gain extraordinary abilities after teleporting to an alternate and dangerous universe. They must learn to use their new powers and work together to save the planet from a former friend turned enemy (Toby Kebbell).
Trailer: Fantastic Four

Wolf Totem tells the tale of a young Beijing student, Chen Zhen, who goes to live and work among the nomadic herdsmen of Inner Mongolia. On a walk, he stumbles across a pack of wolves and becomes fascinated by them. He begins to study them and their relationships with the nomads, and even tries to domesticate one.
Trailer: Wolf Totem

In Paul in Quebec, Paul, an aspiring artist, is inspired by his father-in-law’s battle with cancer and makes Roland the subject of his first comic strip.

The famous historical traveler Marco Polo gets the period drama treatment in Netflix’s new original series Marco Polo. The story follows Marco Polo in his youth during his time living at Kublai Khan’s court in China.