Features > New on DVD – Venom, The House with a Clock in its Walls 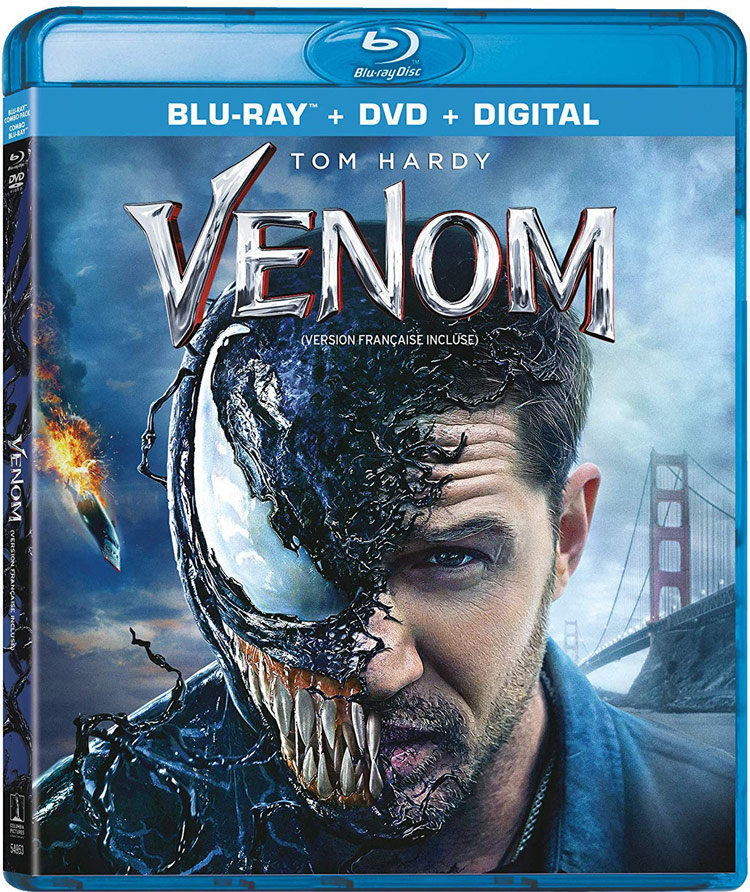 What’s new on DVD and Blu-ray this week? From the supervillain Venom starring Tom Hardy to the kids’ mystery The House with a Clock in its Walls starring Jack Black, the thriller A Simple Favor with Anna Kendrick and Blake Lively, and The Predator starring Boyd Holbrook, there’s something for everyone on your holiday shopping list. Check out all the new releases below. ~Alexandra Heilbron

The Predator – In this sequel to the original Predator, a young boy named Rory McKenna (Jacob Tremblay) plays with the wrong “toys” and accidentally summons the deadly Predators to his small town. Rory’s father, Quinn McKenna (Boyd Holbrook), puts together a team of ex-soldiers to protect the human race from these threats to mankind. Click here to buy the Blu-ray.
Trailer: The Predator

A Simple Favor – Stephanie’s (Anna Kendrick) best friend Emily (Blake Lively) mysteriously goes missing shortly after asking for a favor. Emily’s husband Sean (Henry Golding) has no idea where she could be, so Stephanie uses her blog to write about the disappearance and ask her readers for help. As she looks into Emily’s disappearance, Stephanie uncovers secrets and realizes she really didn’t know her friend at all. Click here to buy the Blu-ray.
Trailer: A Simple Favor

Life Itself – As a young New York couple (Oscar Isaac, Olivia Wilde) fall in love and move from college romance to marriage and the birth of their first child, the unexpected twists of their journey create reverberations that echo over continents and through lifetimes. Click here to buy the Blu-ray.
Trailer: Life Itself

Little Women – With their army dad away serving his country, the March sisters and their beloved Marmee (Lea Thompson) form a tightly knit family, along with their next door neighbor Laurie (Lucas Grabeel). However, growing up sometimes means growing apart — that is, until tragedy brings the sisters back together. Click here to buy the DVD.
Trailer: Little Women

Assassination Nation – In the quiet town of Salem, popular high school student Lily (Odessa Young) and her three best friends lead relatively normal lives — they’re all obsessed with social media. One day, someone begins hacking into the phones of the people of Salem, exposing all their secrets to the public. The activity is traced to Lily’s house, where the four friends find themselves targeted by the suddenly violent people of their town. Click here to buy the Blu-ray.
Trailer: Assassination Nation

Fahrenheit 11/9 – Director Michael Moore’s new documentary takes a critical look into the state of the country following the 2016 United States presidential election. He explores the presidency of Donald Trump and his supporters while digging deeper into how such a controversial figure is passionately supported by so many. Click here to buy the Blu-ray.
Trailer: Fahrenheit 11/9