New on Netflix May 2022 – full list plus what’s leaving 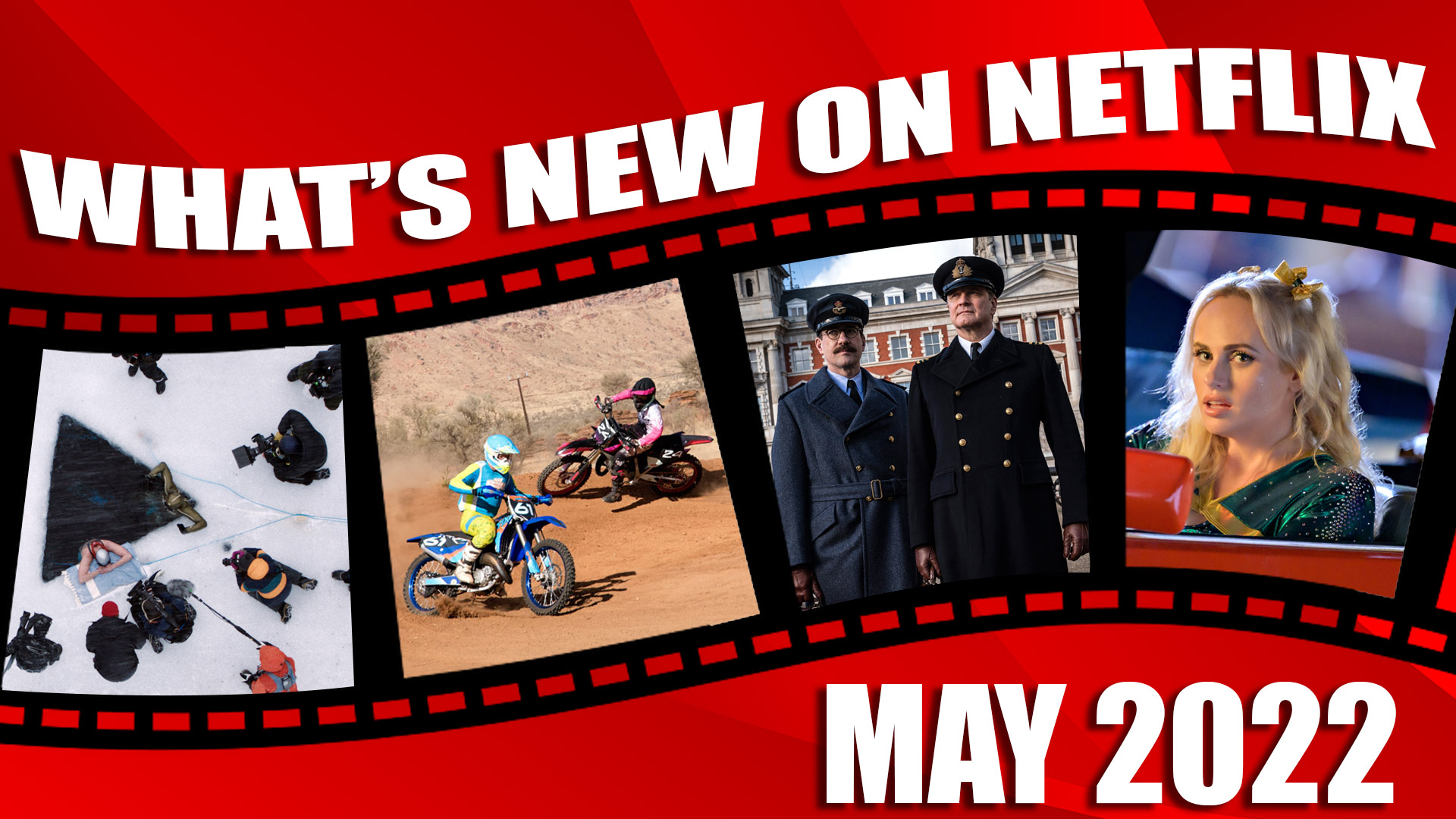 Netflix has a great assortment of new movies and TV shows for viewers this May. Towards the end of the month, Stranger Things fans will get new Season 4 episodes, while viewers who love shows about the law and courtrooms will enjoy the new series The Lincoln Lawyer starring Neve Campbell and Manuel Garcia-Rulfo. New movies include the WWII drama Operation Mincemeat starring Colin Firth and the comedy Senior Year starring Rebel Wilson and Alicia Silverstone. ~Alexandra Heilbron

The Pentaverate – May 5
What if a secret society of five men has been working to influence world events for the greater good since the Black Plague of 1347? As this new series begins, one unlikely Canadian journalist (Mike Myers) finds himself embroiled in a mission to uncover the truth and just possibly save the world himself. Remember, the Pentaverate must never be exposed!

The Lincoln Lawyer – May 13
An iconoclastic idealist (Manuel Garcia-Rulfo) runs his law practice out of the back of his Lincoln in this series based on Michael Connelly’s bestselling novels.

Who Killed Sara?: Season 3 – May 18
In this final season, as enemies become allies and the truth is finally exposed, Álex becomes fixated on solving a new enigma: What happened to Sara?

Along for the Ride – May 6
The summer before college, studious Auden (Emma Pasarow) meets mysterious Eli (Belmont Cameli), and — on nightly quests — he helps her experience the carefree teen life she was missing.

Marmaduke – May 6
Messy and mischievous Marmaduke has a big heart but can’t stay out of trouble! Does he have what it takes to shine in the swanky dog show world?

Operation Mincemeat – May 10
During WWII, two British intelligence officers, Ewen Montagu (Colin Firth) and Charles Cholmondeley (Matthew Macfadyen), devise a plan to humiliate Hitler and deceive the Nazi forces, in order to alter the course of World War II. Based on a true story of deception.

Senior Year – May 13
A cheerleading stunt gone wrong landed Steph (Rebel Wilson) in a 20-year coma. Now she’s 37, newly awake and ready to live out her high school dream: becoming prom queen — only to find out that high school has changed.

A Perfect Pairing – May 19
To land a major client, a hard-driving L.A. wine-company exec (Victoria Justice) travels to an Australian sheep station, where she ends up working as a ranch hand and sparking with a rugged local (Adam Demos).

Hold Your Breath: The Ice Dive – May 3
Follow free diver Johanna Nordblad in this documentary as she attempts to break the world record for distance traveled under ice with one breath.

Meltdown: Three Mile Island – May 4
Meltdown tackles the near catastrophe at Three Mile Island nuclear power plant in Pennsylvania through the lens of chief engineer and whistleblower, Richard Parks, as well as the community it impacted. Dramatic reenactments, archival footage, never-before-seen home video, and in-depth interviews bring viewers into the worst nuclear incident in U.S. history.

Wild Babies – May 5
Follow the adventures of baby lions, elephants, penguins, pangolins and more as they learn to navigate the highs and lows of life in the wild.

Our Father – May 10
After a woman’s at-home DNA test reveals multiple half-siblings, she discovers a shocking scheme involving donor sperm and a popular fertility doctor.

Cyber Hell: Exposing an Internet Horror – May 18
Anonymous and exploitative, a network of online chat rooms ran rampant with sex crimes. The hunt to take down its operators required guts and tenacity.

The Photographer: Murder in Pinamar – May 19
This documentary examines the murder of photojournalist José Luis Cabezas, a crime that shook Argentina and exposed a political and financial conspiracy.

Octonauts: Above & Beyond: Season 2 – May 2
Captain Barnacles, Kwazii and crew discover new environments and protect more critter friends as they hop around the globe on exciting missions.

Maverix – May 12
Motocross teens go for big air as they try to beat their rivals, bring out the best in each other and win it all in this high-speed series.

The Boss Baby: Back in the Crib – May 19
Picking up where The Boss Baby: Family Business left off, adult Ted Templeton Jr. uses Tina’s magical formula to turn himself back into the Boss Baby. But returning to BabyCorp is anything but child’s play.

Sea of Love – May 23
Bruda and his sea animal friends go on mini-adventures in the ocean and discover that everyday moments are filled with bits of magic.

My Little Pony: Make Your Mark – May 26
When Zipp realizes that the power of the crystals are fading, she goes on a mission to figure out why.

Check out our Mayy Netflix photo gallery by clicking here for the best of the originals coming to the streamer. The full list of what’s new in May — and what’s leaving — is below:

May 2
Octonauts: Above & Beyond: Season 2

May 3
Hold Your Breath: The Ice Dive

May 9
Ghost in the Shell: SAC_2045 Sustainable War

May 16
Blippi’s Adventures
Servant of the People: Season 2-3
Vampire in the Garden

May 18
Cyber Hell: Exposing an Internet Horror
Love on the Spectrum U.S.
The Perfect Family
Toscana
Who Killed Sara?: Season 3

May 19
A Perfect Pairing
The Boss Baby: Back in the Crib
The G Word with Adam Conover
Insiders: Season 2
The Photographer: Murder in Pinamar
Rodrigo Sant’Anna: I’ve Arrived

May 20
Ben Is Back
F*ck Love Too
Jackass 4.5
Love, Death & Robots: Volume 3
Wrong Side of the Tracks

May 22
ONE PIECE: New Episodes

Leaving May 12
Eye in the Sky 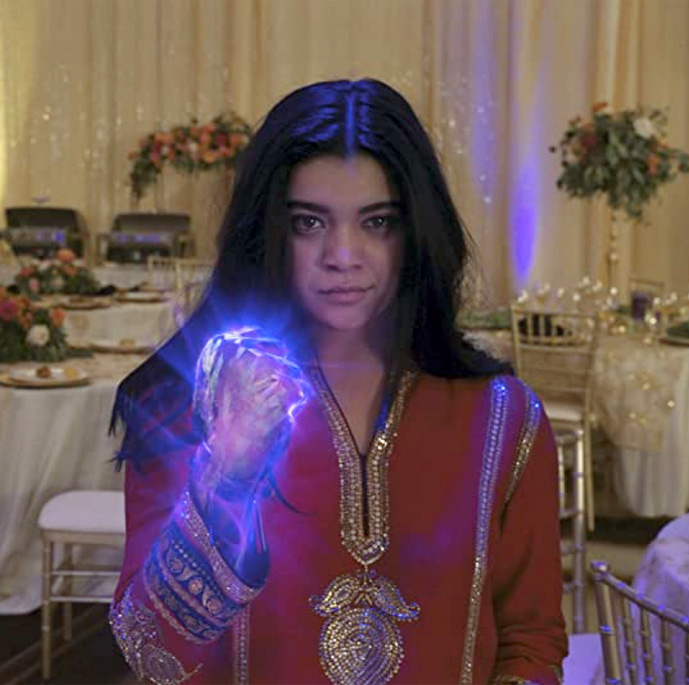