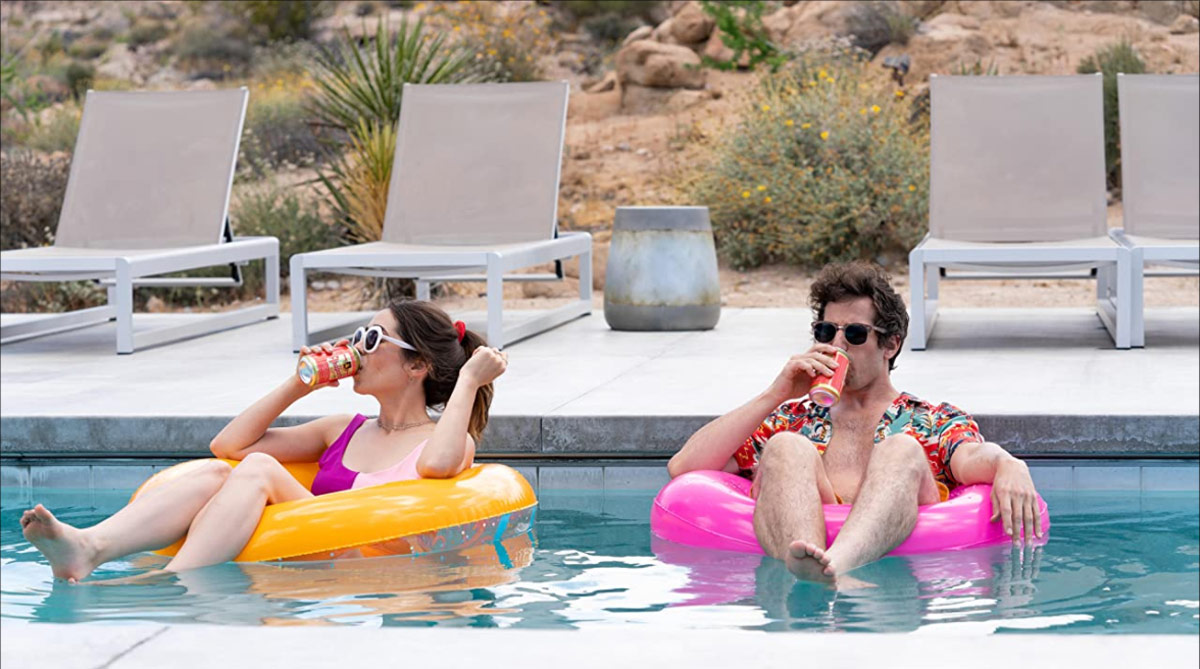 Check out the new DVDs, Blu-rays and streaming shows (Netflix, Amazon Prime Video, BritBox, Acorn TV, Sundance Now and Disney+) coming out this week, including Christopher Nolan’s blockbuster film Tenet and the comedy film Palm Springs starring Andy Samberg, whom we had the pleasure of talking to about this new film. Watch the interview below. ~Alexandra Heilbron

Tenet – A man known as the Protagonist (John David Washington) chooses to die rather than give the names of his colleagues. When he comes to, he discovers it was a test and he has passed it. He joins a group of international spies trying to prevent World War III and is introduced to the concept of time inversion, where you’re not shooting bullets, but catching them. Tasked with hunting down a Russian arms dealer (Kenneth Branagh) who is planning to start another World War, the Protagonist teams up with an English spy (Robert Pattinson) to save people in the future – and the present. Available on DVD/Blu-ray/Digital/VOD.

Palm Springs – Sarah (Cristin Milioti) is the maid of honor at her sister’s wedding. During the reception she meets Nyles (Andy Samberg). The two decide to leave the reception for some fun, but when Nyles enters a cave and tells Sarah not to follow, she doesn’t listen. The next day she wakes up and it is once again the morning of her sister’s wedding. Nyles explains that they’re stuck in an infinite time loop. While Sarah wants to find a way out of the nightmare, Nyles helps her embrace living life like nothing matters. Begins streaming Dec. 18 on Amazon Prime Video.

Andy Samberg talks about his starring role in the romantic comedy Palm Springs for Amazon Prime Video and reveals what practical joke he would play if he were in the same position his character Nyles finds himself, in which every day when he wakes up, it’s the day of a friend’s wedding. He really connected with his co-star Cristin Milioti and says because they got along so well together during filming, they’ll probably be friends forever. He also dishes on which props and costumes he kept from the movie, including an amazing pizza pool float.

The Opening Act – Will Chu is stuck in a thankless job while trying to pursue his true passion in life, becoming a stand-up comedian. When he gets the emcee slot on the road opening for his hero Billy G., the realities of life on the stage come crashing in. Between relentless hecklers, drunk comedy groupies and hard-to-impress morning radio DJs, things get off to a rough start. Even if he can learn from his idols and overcome the challenges, he’ll have to prove he has what it takes to make his dream a reality. Available on DVD/Blu-ray/Digital/VOD.

Infidel – Doug (Jim Caviezel), an American Christian journalist/blogger, is invited to Cairo to speak at an interfaith conference about recent military uprisings. Knowing it’s dangerous for an American to travel to Egypt and that travel warnings are in place, his wife Liz, who works for the State Department, doesn’t want him to go. After Doug makes an appearance on Cairo TV during which he talks about Jesus, he’s kidnapped by a group of men and taken hostage by the Iranian regime. When Liz learns the American government isn’t going to to help her husband, she goes to Iran to try to free him herself. Available on DVD/Blu-ray/Digital/VOD.

December 16
Anitta: Made In Honório (Netflix)
BREAK IT ALL: The History of Rock in Latin America (Netflix)
How To Ruin Christmas: The Wedding (Netflix)
Jane Eyre (1983) (BritBox)
Lee Daniels’ The Butler (2013) (Netflix)
The LEGO Movie 2: The Second Part (Netflix)
Louis van Beethoven (VOD/Digital)
The Ripper (Netflix)
Run On (Netflix)
The Tenant of Wildfell Hall (1996) (BritBox)
To the Four Winds (Digital)
Vir Das: Outside In – The Lockdown Special (Netflix)
Wuthering Heights (1978) (BritBox)