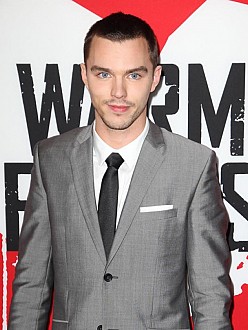 Nicholas Hoult is ”still in love” with Jennifer Lawrence. The 24-year-old actor – who was with the Hunger Games star for three years – has since briefly dated ‘Twilight’ star Kristen Stewart but reportedly split from her after realizing how he felt about his ex. A friend of Kristen told Life & Style magazine: ”Nick is still in love with Jennifer. You can hear it in the way he talks about her – she’s the love of his life. ”He still talks to Jen, too, which also made things difficult for Kristen. She always felt like there was a chance Nick and Jen would reconcile.” Meanwhile, a source recently revealed that Jennifer, 24, was growing close with the 24-year-old actor again, following her split from Coldplay frontman, Chris Martin. The insider explained: ”He still adores Jennifer and so do his family. He’s been calling her and they’ve been speaking regularly on Skype.” Jennifer recently spent some time in the UK promoting The Hunger Games: Mockingjay – Part 1 and she reportedly used the free time to visit Nicholas’ parents in Berkshire, south east England. The source added: ”Their relationship is getting closer and his family would love for them to get back together.”