Night School is top of its class at the box office 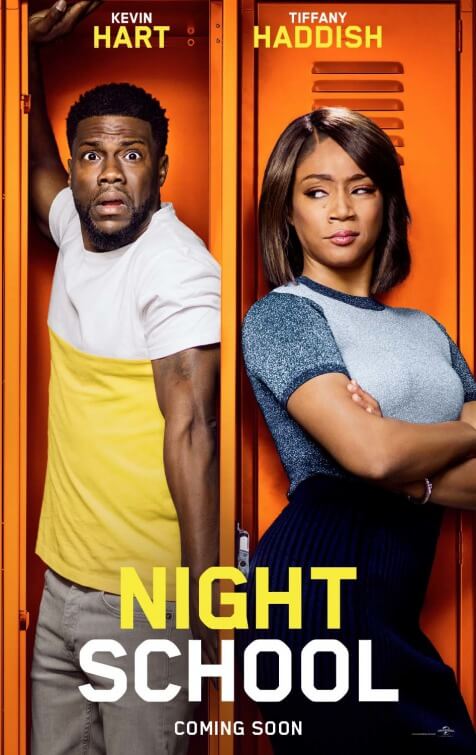 Check out which films scored big at the box office and made it onto the Top 5 list this weekend, September 28-30! ~Caitlyn Clancey

Night School dominated the box office and stole top spot in its debut weekend, earning $28 million. The comedy, starring Kevin Hart and Tiffany Haddish, follows a newly unemployed man who decides to enroll in night classes so he can earn his GED.

Another newcomer, the animated film Smallfoot, made it onto the list and took over second place with $23 million for its first week. Channing Tatum provides the voice of a Yeti who sets out to prove to his tribe that the Smallfoot (human) species really exists.

The House with a Clock in its Walls dropped two spots in its second week, landing in third place. The fantasy film, starring Jack Black, raked in an additional $12.5 million for a domestic total of $44.8 million.

The thriller A Simple Favor, starring Anna Kendrick and Blake Lively, continued to excite audiences in its third week, earning $6.6 million for a gross domestic total of $43.1 million.

Rounding out the Top 5 was the horror film The Nun, which earned an additional $5.4 million in its fourth week to bring its total earnings to $109 million.