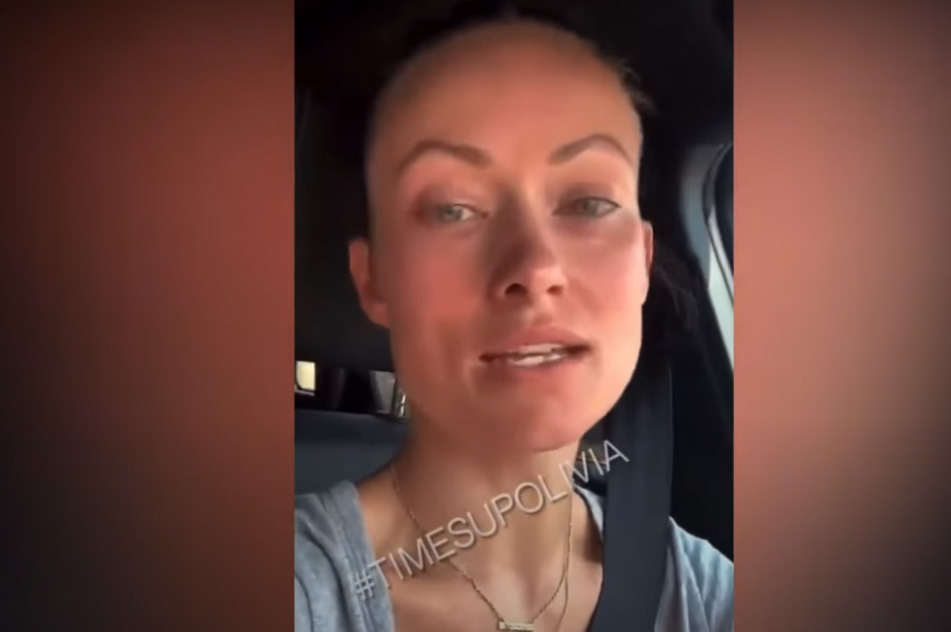 A video posted online seems to disprove Olivia Wilde‘s claim in a Variety cover story that she fired Shia LaBeouf from the movie Don’t Worry Darling because of his “combative energy.”

The leaked video was sent to LaBeouf by Wilde on August 19, 2020, two days after he walked off the set. At the time, he claimed to have quit due to an inadequate rehearsal period.

After the Variety cover story was published, LaBeouf sent the publication the video and an email he’d written to Wilde, which said in part: “Firing me never took place, Olivia…” and “I know that you are beginning your press run for DWD and that the news of my firing is attractive clickbait, as I am still persona-non-grata and may remain as such for the rest of my life.”

In the video, Wilde talks about LaBeouf’s co-star Florence Pugh, saying that the actor leaving “might be a bit of a wake up call to Miss Flo.” Wilde goes on to say she’s “heartbroken,” adding, “If she [Florence Pugh] really commits, if she really puts her mind and heart into it at this point and if you guys can make peace — and I respect your point of view, I respect hers — but if you guys can do it, what do you think?”

Although this seems to point to tension between Pugh and LaBeouf, more rumors about tension between Pugh and Wilde during filming have been popping up online. Apparently Pugh wasn’t happy about the relationship that developed between her new co-star, Harry Styles, who replaced LaBeouf, and Wilde, whose partner of nine years, Ted Lasso star Jason Sudeikis, didn’t realize what was happening, and brought their children to visit the set.

When Wilde posted the trailer from Don’t Worry Darling on Instagram, Pugh didn’t “like” the post, sparking more flame to the rumors. Additionally, a studio executive told The Wrap that Pugh will only be doing limited press coverage for the film, because she’s currently working on another film.

I hope this finds you inspired, purposeful, fulfilled & well. I pray every night that you & your family have health, happiness, & everything God would give me. No joke, every night before I sleep.

I have a little girl, Isabel; she is five months old and just beginning to develop the last half of her laugh; it’s AMAZING. Mia, my wife & I have found each other again & are journeying toward a healthy family with love and mutual respect.

I have embarked on a journey that feels redemptive & righteous (dirty word but fitting). I write to you now with 627 days of sobriety and a moral compass that never existed before my great humbling that was the last year and a quarter of my life. I reached out to you a few months ago to make amends; & I still pray one day, you can find space in your heart to forgive me for the failed collaboration we shared.

What inspired this email today is your latest Variety story. I am greatly honored by your words on my work; thank you, that felt good to read. I am a little confused about the narrative that I was fired, however. You and I both know the reasons for my exit. I quit your film because your actors & I couldn’t find time to rehearse. I have included as a reminder the screenshots of our text exchange on that day, and my text to Tobey.

I know that you are beginning your press run for DWD and that the news of my firing is attractive clickbait, as I am still persona-non-grata and may remain as such for the rest of my life. But, speaking of my daughter, I often think about the news articles she will read when she is literate. And though I owe, and will owe for the rest of my life, I only owe for my actions.

My failings with Twigs are fundamental and real, but they are not the narrative that has been presented. There is a time and a place to deal with such things, and I am trying to navigate a nuanced situation with respect for her and the truth, hence my silence. But this situation with your film and my “firing” will never have a court date with which to deal with the facts. If lies are repeated enough in the public they become truth. And so, it makes it that much harder for me to crawl out of the hole I have dug with my behaviors, to be able to provide for my family.

Firing me never took place, Olivia. And while I fully understand the attractiveness of pushing that story because of the current social landscape, the social currency that brings. It is not the truth. So I am humbly asking, as a person with an eye toward making things right, that you correct the narrative as best you can. I hope none of this negativly effects you, and that your film is succesful in all the ways you want it to be.

Every Blessing To You,