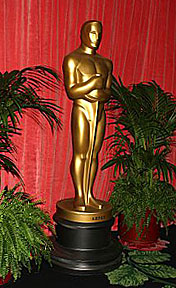 The 87th Oscar nominations will be announced live tomorrow morning (Thursday, January 15, 2015) at 5:30 a.m. PST/8:30 a.m. PST and we will be featuring the live stream right here! Chris Pine, Academy President Cheryl Boone Isaacs, and directors Alfonso Cuarón and J.J. Abrams, will be announcing nominations in all 24 categories from the Samuel Goldwyn Theater in Beverly Hills.