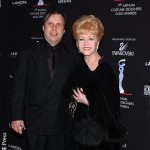 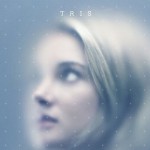 Tribute has got 11 new trailers for you to enjoy this week, including the final trailer for the highly anticipated installment of the The Divergent Series, Allegiant, the premiere trailer for the romantic comedy Mother’s Day and much, much more.

The first set of 2014 movie and entertainment awards kicked off last night with the 40th annual People's Choice Awards. Sandra Bullock swept away the first set of awards, winning Favorite Comedic Movie Actress for her role i...

The nominees for the 2013 JUNO Awards were announced by The Canadian Academy of Recording Arts and Sciences at a press conference in Toronto this morning, with Carly Rae Jepsen leading the pack with nominations in five catego...

Sometimes you have to stick to your dream, even when the odds are against you, to actually see it come to life. Just ask David Guggenheim. He first started sending out his scripts in college, where he was studying screenwriti...

Rod Stewart's son, Sean Stewart, 30 (pictured at left with his father in 2003), was pulled over for a minor traffic violation before police discovered he had an outstanding warrant for driving on a suspended licence. Accordin...

Britney Spears has rented a new house in New Jersey, where she will live for a month during her East Coast "Circus" tour. The house is a 7-bedroom and 8-bathroom mansion in Alpine, which she rented so her kids wouldn't have t...

Canadian actress Lois Maxwell, who played Miss Moneypenny opposite both Roger Moore and Sean Connery in 14 Bond films, has died in Australia of cancer at 80. She moved to Australia in 2001 after a health scare while visiting ...