under the silver lake

13 Search Results Found For: "under the silver lake" 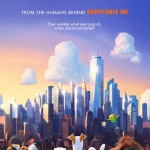 TimesTalks LIVE: LOST in theaters on Thursday, May 20

Three days before the highly anticipated series finale of Lost, fans of the award-winning television series can watch co-creators and executive producers Carlton Cuse and Damon Lindelof talk about the show in a live broadcast...

The Canadian Academy of Recording Arts and Sciences (CARAS) today announced the nominees for the 2010 JUNO Awards. Leading all categories with a total of six nominations is Michael Bublé. Following the hugely successful rele...