For well over a decade now, Marvel has released superhero film after superhero film. Studios, casts and characters have come and gone, but the one constant has been a cameo appearance by charismatic comic book creator, Stan L...

Paul Bettany, who was the voice of Tony Stark's computer system, J.A.R.V.I.S., in the Iron Man movies and The Avengers, has signed on to play the Vision in Marvel's The Avengers: Age of Ultron. The Vision is a synthozoid with...

Joss Whedon: The Avengers was ‘haphazard’

Joss Whedon admits that his action epic The Avengers could have been better. The superhero movie, based on the Marvel Comics, is the third highest grossing film of all time with a worldwide gross of $1.5 billion, which was b...

Marvel announced this morning that they have cast James Spader as Ultron in the upcoming Avengers sequel, The Avengers: Age of Ultron. Spader, who first gained prominence playing a stuffy, rich teenage bully in Pretty in Pink...

Elizabeth Olsen considered for Scarlet Witch in The Avengers 2

Elizabeth Olsen, the 24-year-old sister of Mary-Kate and Ashley Olsen, is a contender to play the role of Scarlet Witch in The Avengers: Age of Ultron, according to Bleeding Cool. The site claims that since Saoirse Ronan pas...

Aaron Taylor-Johnson, 23, confirmed to Collider.com that he is in talks for the coveted role of Quicksilver in The Avengers: Age of Ultron. “I feel really flattered and honored that they came to me for that role," Aaron sa...

Just a few days before the official release of the hotly anticipated trailer Batman v Superman: Dawn of Justice, a leaked camcoder rip version of the trailer hit the internet. Jaws will drop as world's favorite superheroes ba... 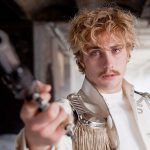 With that jaw line, you can't blame us. Aaron has everyone drooling over him, whether he's playing the good guy or the bad guy. He played Quicksilver in Avengers: Age of Ultron, and starred in several other films, including A... 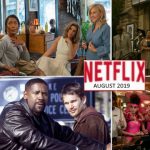