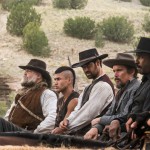 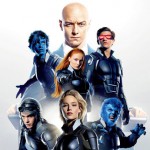 Plenty of high-action, hard-hitting films received trailer treatment this week, from X-Men: Apocalypse to Jason Bourne, and Snowden to Independence Day: Resurgence. Check out our roundup! 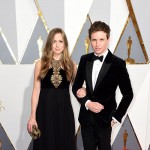 Carey Mulligan is terrified of singing

Carey Mulligan is terrified of singing. The actress showcases her vocals in the trailer for her new movie ‘Far From the Madding Crowd’, having previously sung in both ‘Shame’ and ‘Inside Llewyn Davis’, although she found the latter the leas…

Sigourney Weaver thinks Jennifer Lawrence is ”brilliant.” The 65-year-old actress, who stars in new sci-fi film Chappie, has expressed her admiration for young film stars of today, many of whom live their lives under constant scrutiny. She said: ”…

It’s hard to tell if Felicity Jones is going to the Oscars, a quinceañera or prom. Her Alexander McQueen dress seems to have meshed multiple looks into one. The lower half could pass for drapery that needs a run-through w...

Chiwetel Ejiofor to play the next James Bond villain

12 Years a Slave actor Chiwetel Ejiofor is being sought to play the next James Bond villain. According to Variety magazine, the star of Steve McQueen’s Oscar-winning drama is the top name on 007 producers’ list for the 2...

Michael Fassbender and Lupita Nyong’o are reportedly dating. The ‘Shame’ star is said to have been romancing his ’12 Years A Slave’ co-star on and off in recent months but he is now keen to show her he’s ”serious” about their relationship.A source t…

Gravity actress Sandra Bullock chose to knock out her competition in the fashion category, sporting a navy Alexander McQueen gown that was simply breathtaking. The sweetheart neckline and side-swept curls scored her brownie p... 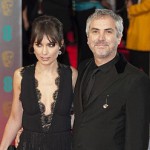 ‘Gravity’ won big at the BAFTAs tonight (16.02.14) taking home six awards. The 3-D space drama directed by Alfonso CuarÃ&sup3;n and starring George Clooney and Sandra Bullock was the biggest winner of the night at the British Academy of Film an…