69 Search Results Found For: "no stranger than love" 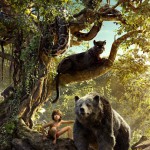 Game 50: All the movie spots

The Super Bowl was jam-packed with a nail-biting win by the Denver Broncos, an incredibly entertaining halftime performance by Coldplay, Beyoncé and Bruno Mars, and of course, all the movie spots cinephiles could hope for.

Check out Meryl Streep, Ed Helms and more in this week’s new trailers

We have 11 awesome new movie trailers out this week. Meryl Streep plays a rock star in Ricki and The Flash and Ed Helms, Chevy Chase, Christina Applegate, Chris Hemsworth, and Steele Stebbins come together for the comed...

Vanessa Lachey is ”still evolving as a woman and a mother.”The 34-year-old star, who has two-year-old son Camden and three-month-old daughter Brooklyn with husband Nick Lachey, admits she can’t believe she has two children.The brunette beauty said: …

Black-ish star Yara Shahidi talks about growing up in showbiz

You might know her as the popular teen Zoey Johnson on the hit TV show Black-ish, but Yara Shahidi is no stranger to the entertainment industry. Starting her career at six weeks old, Yara began working alongside her mother ...

The Big Game XLIX ads: the touchdowns and fumbles

In case you missed it, there's a pretty big event going down in the world of sports - and we're not talking #Deflategate. Super Bowl XLIX is less than a week away and in addition to the game and Katy Perry's halftime show, we...

The acapella girls are back and the release of the first Pitch Perfect 2 trailer has caused a storm. The trailer was a clear favorite among Tribute fans, taking the top spot of the week. Following close was Interstellar and t...

Michael Douglas and Catherine Zeta-Jones are ”doing great”.The couple took a break from their 13-year relationship last August, but the ‘Behind the Candelabra’ star says they now have things back on track.He said: ”I think we’re always working it o…

It was an agonizing wait for families and loved ones during the search for the missing Malaysia Airlines Flight MH370, which went off course on March 8th. This story has been called one of the greatest mysteries in aviation ...

You may remember Mollee Gray as a Top 8 finalist in the sixth season of So You Think You Can Dance. However, the proven triple threat (dancer, actor and singer) has also appeared in all three High School Musical movies and ca...

In Guillermo del Toro’s latest film, Pacific Rim, humanity is at risk when giant creatures called Kaiju emerge from a portal in the Pacific Ocean, destroying anything and everything in their path. To fight back against the ...