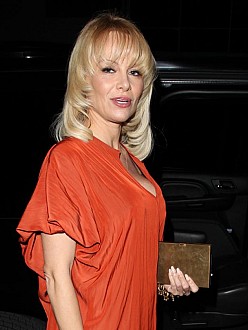 The model, 47, recently divorced husband Rick Salomon for the second time, and opened up about how she wants her love life to be now she is single again.

While appearing on The Ellen DeGeneres Show on Thursday, she laughed at the idea of seeing ”someone new,” to which Ellen said, ”Don’t make a face like that. You’re gonna date people, aren’t you?”

But the blonde beauty surprised the host with her response, smiling and saying, ”Plural. Yes.”

Although the former Baywatch star has been married four times to three different men – Rick, Kid Rock and Tommy Lee Jones – she insisted she still hasn’t ruled out the idea of getting hitched again in the future.

When asked if marriage is something she’d consider again, she explained: ”I don’t know. Who knows? It’s the romantic notion. You never know!”

And while she has experienced a rocky time with relationships in the past few years, Pamela said her sons Brandon, 18, and Dylan Lee, 17, are the only men she needs in her life because they’re ”real sweethearts.”

She added: ”They’re great kids. I’m really fortunate because it could have been a disaster,” Anderson said with a laugh. ”I mean, they’re genetically loaded. And I’m so proud of them. They’re such gentlemen, and they’re good to their girlfriends and they spoil everybody rotten. And they spoil me rotten! They’re just real sweethearts.” 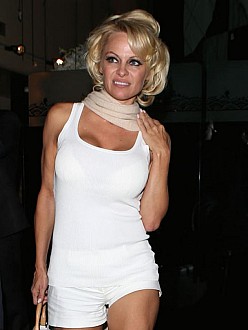 Pamela Anderson’s sons have had a ”colorful life.” The 48-year-old actress—who has kids Brandon, 19, and Dylan, 17, with ex-husband Tommy Lee—has always allowed her sons to have new experiences, but was horrified when they visited Hugh Hefner at…

Pamela Anderson has allegedly filed for divorce from Rick Salomon. The ‘Baywatch’ star, 47, has reportedly decided to legally terminate her six-month marriage with the film producer for the second time, according to TMZ.com. The blonde beauty married … 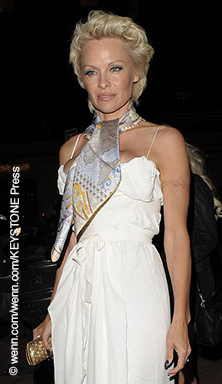