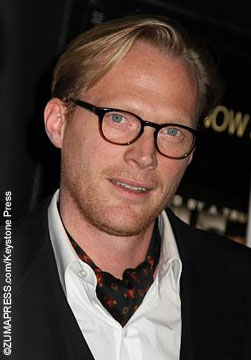 Paul Bettany, who was the voice of Tony Stark’s computer system, J.A.R.V.I.S., in the Iron Man movies and The Avengers, has signed on to play the Vision in Marvel’s The Avengers: Age of Ultron. The Vision is a synthozoid with a human heart who appears in the comic books. Programmed with the brain patterns of Wonder Man and created by robotic archenemy Ultron, the Vision joins The Avengers and fights with them against the bad guys. His powers include superhuman strength, endurance, and a jewel on his forehead that projects blasts of solar energy to destroy enemies. He can also become as hard as a diamond or as light as a ghost. Best of all, he can materialize within another person’s body, causing them extreme pain.

He’ll join returning cast members such as Robert Downey Jr. as Iron Man, Chris Hemsworth as Thor, Scarlett Johansson as Black Widow and Chris Evans as Captain America. Age of Ultron is the second of the Avengers movies and opens May 1, 2015.