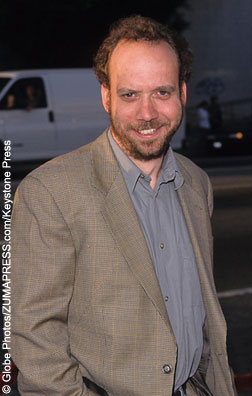 Actor Paul Giamatti will soon have to adopt an English accent as he joins PBS’ UK hit Downton Abbey in the show’s season four finale. According to an exclusive report from TVLine.com, the Oscar-nominated actor will play Harold Levinson, the playboy brother of Cora (Elizabeth McGovern) and uncle of Mary (Michelle Dockery) and Edith (Laura Carmichael). The show’s executive producer Gareth Neame calls Levinson as a “free-spirited” character who will “upset the Grantham’s apple cart” alongside recurring guest star Shirley MacLaine. Best known for his roles in Cinderella Man and Sideways, Giamatti will next be seen in Saving Mr. Banks and Twelve Years A Slave. The fourth season of Downton Abbey premieres January 5, 2014 on PBS. ~Alfonso Espina