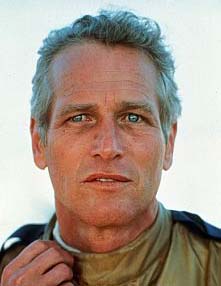 Paul Newman died late Friday night at the age of 83 following a long battle with cancer. Newman leaves behind five daughters and his wife of 50 years, actress Joanne Woodward. He also had a son, Scott, from his first marriage, who died of a drug overdose in 1978. Newman’s daughters have released the following statement: “Paul Newman played many unforgettable roles. But the ones for which he was proudest never had top billing on the marquee. Devoted husband. Loving father. Adoring grandfather. Dedicated philanthropist. Our father was a rare symbol of selfless humility, the last to acknowledge what he was doing was special. Intensely private, he quietly succeeded beyond measure in impacting the lives of so many with his generosity. Always and to the end, Dad was incredibly grateful for his good fortune. In his own words: ‘It’s been a privilege to be here.’ He will be profoundly missed by those whose lives he touched, but he leaves us with extraordinary inspiration to draw upon. During this difficult time, we ask for privacy for our family.”