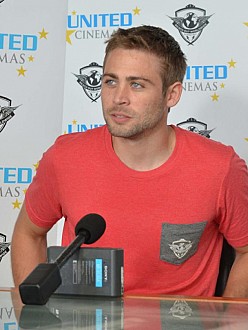 The late Fast and Furious star’s younger sibling – who, along with their brother Caleb, helped film Paul’s final scenes in Furious 7 following his tragic death – will star in upcoming feature USS Indianapolis: Men of Courage, according to Variety.

The 27-year-old aspiring actor will appear alongside Nicolas Cage, Tom Sizemore and Thomas Jane in the upcoming drama.

The war film, which is slated for release in May 2016, is the tale of United States Navy ship USS Indianapolis, which sank in 1945 in World War II after being torpedoed by the enemy.

It will be the first movie Cody, 27, has appeared in since he and Caleb, 37, filmed Paul’s character Brian O’Conner’s final scenes following the Into the Blue actor’s death in a car accident aged 40 in November 2013.

Cody previously revealed he thought Paul would have been ”proud” of his last movie, although stepping in for him was ”bittersweet.”

He said at the time: ”It’s bittersweet, but I think Paul would be proud.” 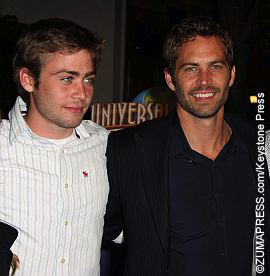