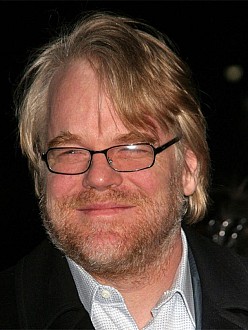 Philip Seymour Hoffman found the world ''too bright'' to cope with. John le Carre wrote the source material for the actor's penultimate film A Most Wanted Man, and he has discussed the state of mind of the late star - who tragically died of a drug overdose in February this year - insisting he struggled to cope with the outside world. He told the Sunday Times Magazine: ''Philip took vivid stock of everything, all the time. It was painful and exhausting work, and probably in the end his undoing. The world was too bright for him to handle. He had to screw up his eyes or be dazzled to death. Like the poet Thomas Chatterton, he went seven times round the moon to your one, and every time he set off you were never sure he'd come back, which is what I believe somebody said about the German poet Holderlin; whenever he left the room, you were afraid you'd seen the last of him.'' While John admitted it might sound like something he can only say with hindsight, he insisted it was something he noticed when the actor let him in. He added: ''If that sounds like wisdom after the event, it isn't. Philip was burning himself out before your eyes. Nobody could live at his pace and stay the course, and in bursts of startling intimacy he needed you to know it.''