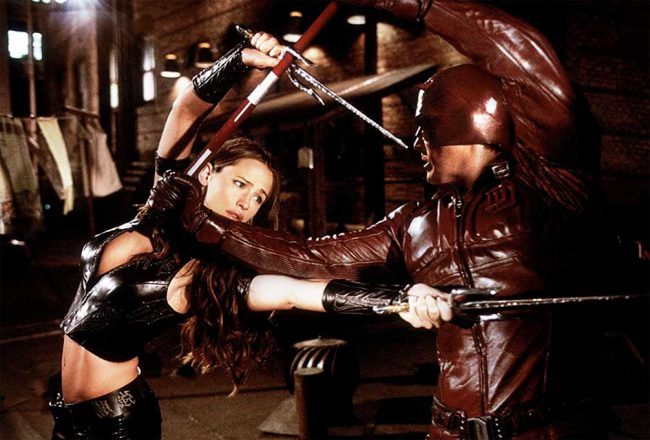 There's no getting around the pretty horrid design of 2003's Daredevil costume. While the film had its own fair share of problems beyond the titular character's costume, it was the Daredevil suit itself that was most distracting for its ill-conceived design. Ben Affleck's Daredevil comes off less like a superhero and more like someone who would fit in the background of the Matrix film's cyberpunk punk.