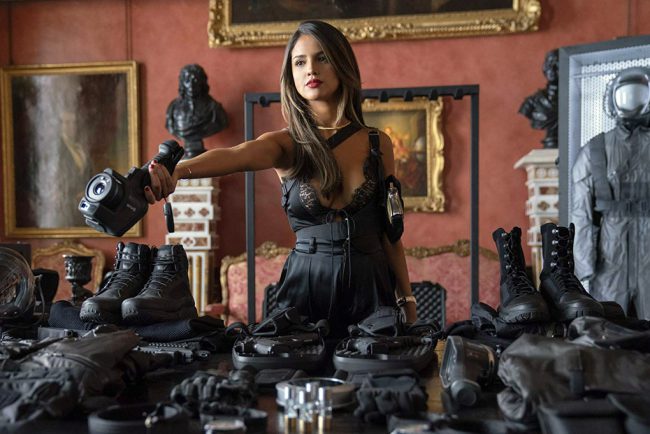 Much like her Godzilla vs. Kong co-star Jessica Henwick, Mexican actress Eiza Gonzalez is looking to have a big 2020 with the release of three films. On top of the monster blockbuster, Gonzalez is set to star in the film adaptation of the comic book Bloodshot, starring Vin Diesel. Those two films will add to her action film resumé, which already includes appearances in Baby Driver, Alita: Battle Angel and Hobbs & Shaw. Lastly, Gonzalez will round out the year with the crime thriller I Care a Lot, costarring Rosamund Pike and Peter Dinklage.