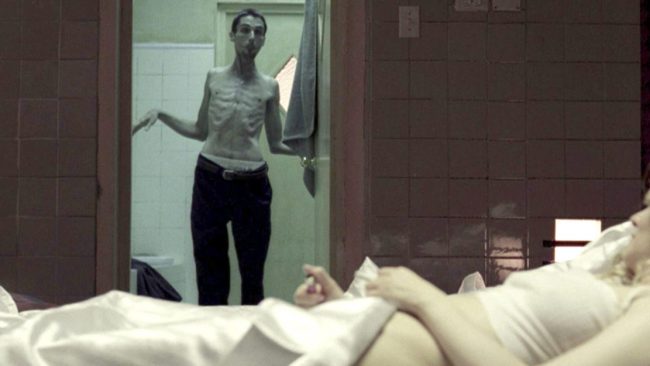 Christian Bale has transformed his appearance for a number of films—most frighteningly in the 2004 psychological thriller The Machinist, for which he lost 62 pounds of not just fat, but muscle, which gave him a skeletal appearance at approximately 120 pounds on his 6' frame. The photos from the movie are jaw-dropping. It's amazing Christian survived filming, although he admits he suffered from health problems afterwards.