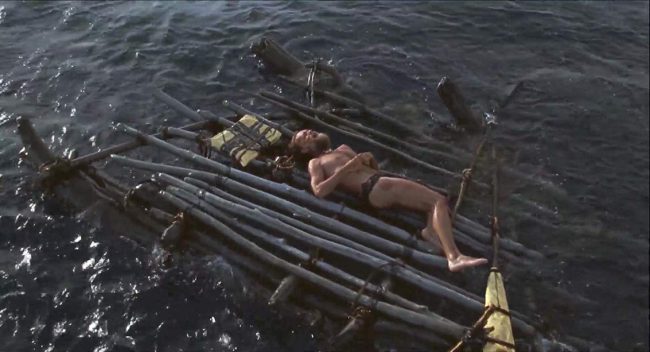 For Cast Away, Tom Hanks gained 50 pounds during pre-production. After a majority of the film was shot, production was put on hold for a year so he could drop his weight from 225 pounds to 170 pounds and grow his hair and beard to look like he'd been living on an island for years. His effort netted the two-time Oscar winner his fourth Golden Globe award and his fifth Oscar nomination.