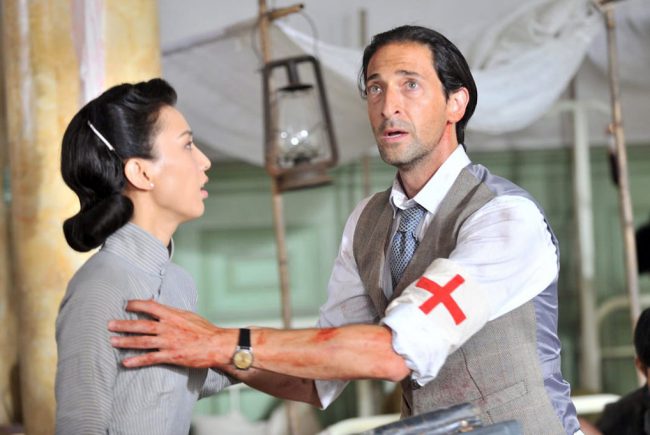 Also known as Air Strike, The Bombing is another Chinese World War II film to hire Hollywood actors. While Brody’s role is a cameo, Willis’ role of Jack is central to the film—and its marketing—as he appears front and center on the poster while also getting top billing. The film follows the Japanese bombings of the Chinese city of Chongqing during World War II, or as they call it, the second Sino-Japanese War.