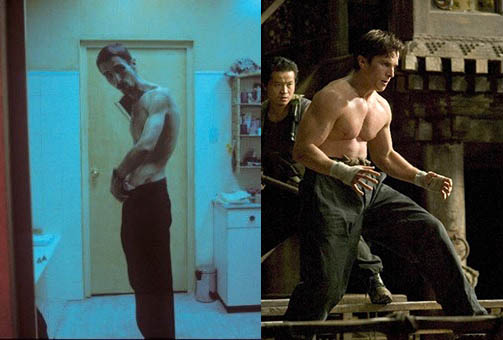 Christian Bale has been a very talented actor for decades now. He is a chameleon willing to go to extremes for his characters. In The Machinist (Left) he looked like nothing more than a skeleton weighing 121lbs. He lost 63lbs eating nothing but an apple a day and drinking water and coffee. A few months later, Christian showed up on the set of Batman Begins at 220lbs.