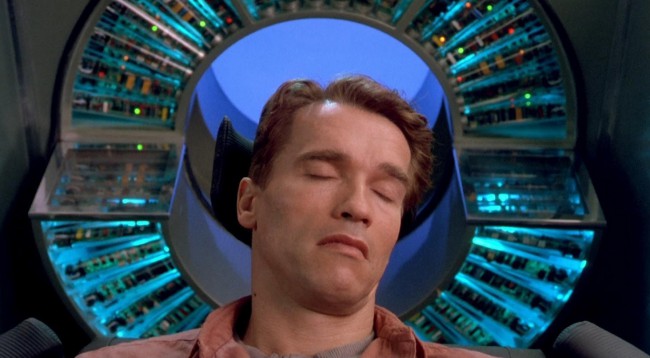 Based on Philip K. Dick's short story We Can Remember It For You Wholesale, Total Recall is set in 2084 and stars Arnold Schwarzenegger as a construction worker plagued by distressing dreams about Mars and a strange woman inhabiting the planet. He longs to learn more, so opts for a memory-implant vacation. The rest is a science fiction fan's heaven. Sharon Stone co-stars in this blockbuster, which won a special achievement award for visual effects at the Oscars and is widely accepted to be one of the most expensive films made at the time of its release. It was redone in 2012 with Colin Farrell and Kate Beckinsale in the lead roles.