ALL THEATRES ARE CLOSED UNTIL FURTHER NOTICE, DUE TO COVID-19.
Photo Galleries > Celebrities We Lost in 2017 > Don Rickles
« previous 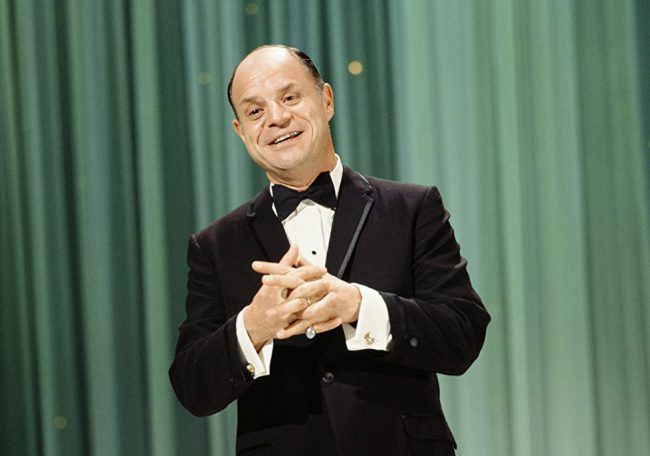 Don Rickles was a beloved comedian, known as “Mr. Warmth” for his brand of insult comedy, but he was also known for never going too far with his insults, keeping them light-hearted. In 1972 he starred in his own sitcom The Don Rickles Show and was a staple on talk shows such as The Tonight Show. Rickles won a Primetime Emmy for his performance in the TV biopic Mr. Warmth, The Don Rickles Project in 2008 and was awarded a star on the Hollywood Walk of Fame on Oct. 17, 2000. He died of kidney failure at age 90 on April 6, 2017.