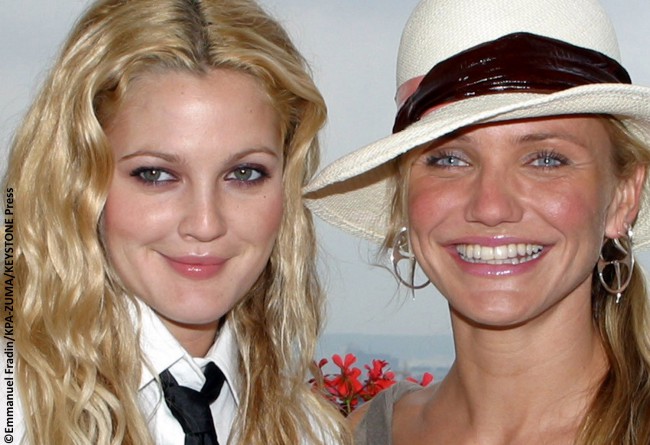 After running into each other for years around Los Angeles, Cameron Diaz and Drew Barrymore officially connected while shooting the Charlie's Angels films in 2000 and 2003. Drew even told U.K. Elle that they "spent every waking moment together for months and months — and years!" When Drew and her husband Will Kopelman split up in the spring of 2016, Cameron, who was one of Drew's bridesmaids at her 2012 wedding to Will, opened up on Andy Cohen's radio show about being a source of support for her friend. She said it was an automatic response to reach out and "pull the wagons" for Drew. She added that she and Drew "rely on each other." Drew apparently feels the love, telling Good Housekeeping magazine in 2016 that if she was ever stuck in jail, Cameron would be her one call.