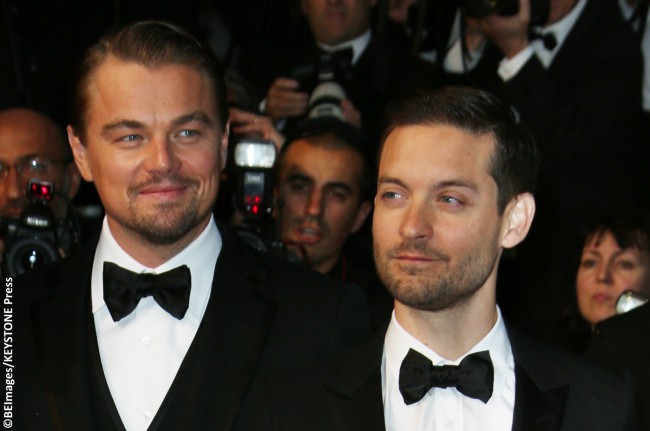 Leonardo DiCaprio may not be the most successful star when it comes to sustaining romantic relationships, but his friendship with Tobey Maguire suggests that he is, in fact, capable of standing by one person. Having met while auditioning for the same parts in the late '80s, the men quickly bonded and vowed to help each other land roles. It happened in the short-lived TV comedy Parenthood, when Leo pulled strings to win Tobey a part, and they reunited for the 2013 Oscar-winning film The Great Gatsby. Leo has said that adapting the novel "wouldn't have been easy if [he] didn't have a trusted ally like Tobey" and that he doubts he would have tackled the project if it weren't for Tobey's involvement. Tobey added that they're "collaborators, trusting partners the whole way through." After forming "The P-ssy Posse" in the '90s with other blossoming male actors, whom they partied, club-hopped and chased girls with, the men still make time to hang out together off set.