Photo Galleries > Celebs Before and After Plastic Surgery > Megan Fox 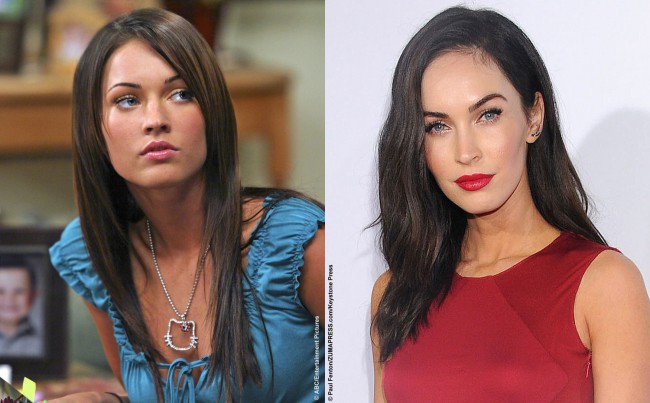 Megan Fox, the gorgeous actress who has been compared to beauties such as Angelina Jolie and Jennifer Connelly, appears to have had some help from cosmetic procedures to achieve her look.

To start, at some point Megan appears to have undergone rhinoplasty. The bridge of her nose now appears narrower and smoother, with the tip becoming more pronounced, giving her nose a more refined look.

Megan is an example of an actress who appears to have experimented with plenty of filler and Botox over the years, and has now found a better balance in the use of injectable treatments.

Many seek our cheek filler to enhance the “apples” of their cheeks, and it looks as though Megan’s cheeks have been injected with a filler such as Juvederm or Restylane, creating fuller rounder cheeks than previously. Her lips also appear much fuller, indicating they have been enhanced with the use of filler as well.

Megan’s forehead is also quite smooth and she lacks any sign of crow’s feet. For a woman approaching 30, it is likely she has successfully used Botox to keep from developing fine lines and deep wrinkles.