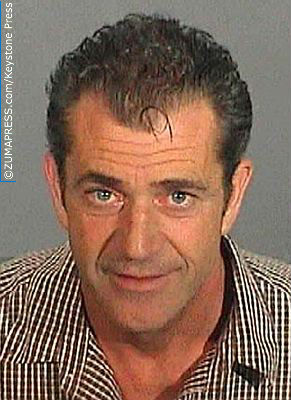 When The Passion of the Christ was released in 2004 amid accusations of anti-semitism, the controversial film aroused similar speculation that director Mel Gibson is anti-Semitic. On July 28, 2006, the filmmaker confirmed those suspicions when he was pulled over for speeding in Malibu and arrested for driving under the influence. According to TMZ’s leaked excerpt of the case report filed by L.A. county sheriffs, Gibson launched into a drunken rant, cursing, “F*cking Jews. The Jews are responsible for all the wars in the world.” He then asked his arresting officer, “Are you a Jew?”

Gibson later apologized for his comments and entered a recovery program for alcohol abuse. He publicized his intentions to “meet with leaders in the Jewish community” to “discern the appropriate path for healing.” However, this incident is just one of many examples of Gibson’s erratic behavior.