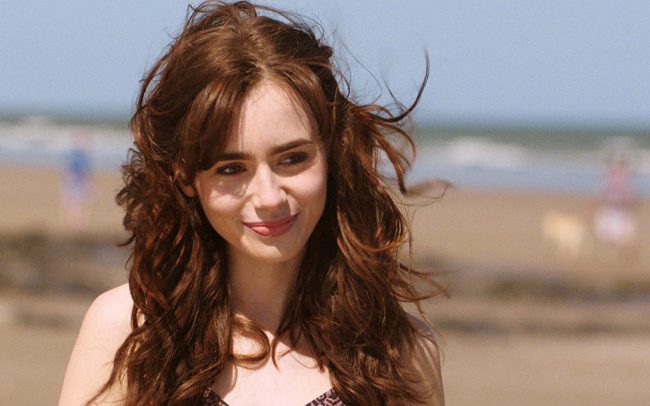 British-born Lily Collins moved to Los Angeles with her mother at the age of five when her parents — music superstar Phil Collins and socialite Jill Tavelman — divorced. Lily was already a professional actress by the age of two, when she played a small role on a BBC series. Later, she provided a voice for Disney's animated movie Tarzan, for which her father composed and performed the songs. She finally gained notice in Hollywood when she played Sandra Bullock's daughter in The Blind Side (2009). More recently, she lost a lot of weight to play an anorexic young woman in the critically acclaimed Netflix drama, To the Bone (2017).