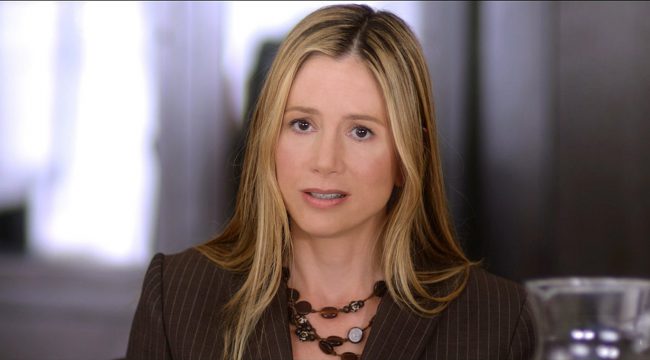 Remember when Mira Sorvino seemed poised to become the “next big thing” in Hollywood? She was the star of Woody Allen’s Mighty Aphrodite (Miramax, 1996) and played Romy in Romy and Michele’s High School Reunion (1997), a comedy co-starring Lisa Kudrow that was well-liked by audiences and critics alike. She all but dropped from view after that. Oh, she worked, but in small budget films that didn’t get much exposure. She told The New Yorker that at the 1995 Toronto International Film Festival, she was asked to Harvey Weinstein’s hotel room and he got “physical, sort of chasing me around.” She rebuffed his advances and managed to leave, but her career has never been the same, despite being the daughter of successful Hollywood actor Paul Sorvino.