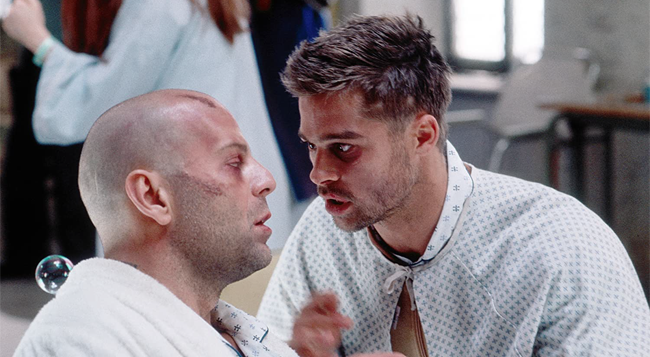 Terry Gilliam's wonderfully imaginative take on Chris Marker's relatively simple tale (La Jetée) essentially reinterprets a story where the primary goal is to get you to the twist ending and turns it into a nuanced, thematically rich character study. While Marker's (almost completely) still-photography-driven short raises interesting questions about memory and fate, Gilliam's expands nearly every aspect of the world (both literally, thematically and figuratively) in order to delve into even more facets of Marker's thought experiment. The way in which Gilliam plays the story completely straight in spite of the mounting evidence that his protagonist is simply insane makes for a layered, dense exploration of the original story.