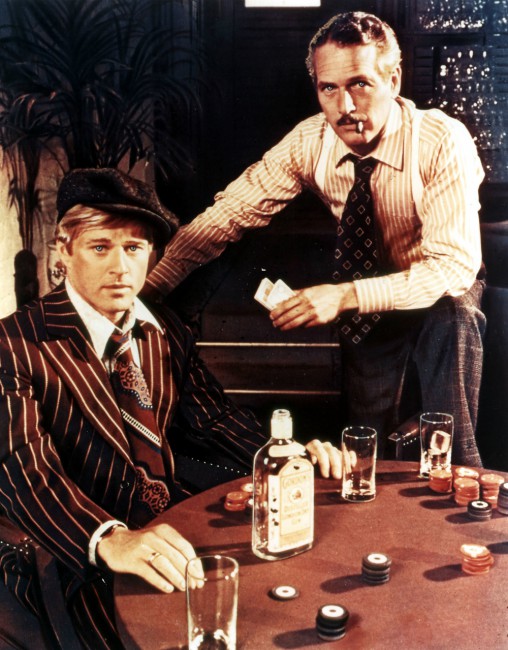 The Sting, which won seven Oscars including Best Picture, Best Director, Best Screenplay, and Best Adapted Score, reunited Paul Newman and Robert Redford, who had previously starred together in Butch Cassidy and the Sundance Kid. Both films were directed by George Roy Hill. Henry Gondorff (Newman) and Johnny Hooker (Redford) are two grifters who team up to con a mob boss. Originally, the part of Gondorff was a small role, but when Newman came on board, the part was written to allow for maximum screen time for these two great Hollywood icons.