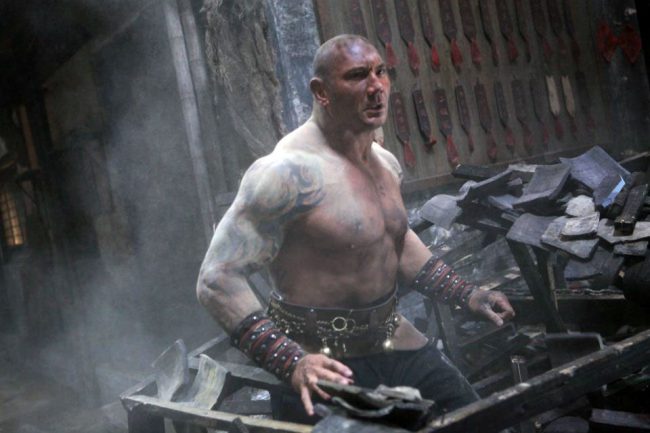 By now it’s common knowledge that Dave Bautista started out as a wrestler, much like fellow WWE alumni Dwayne Johnson and John Cena. He didn’t venture into film until roughly a decade after his wrestling career started and so one of his first notable Hollywood roles was in the 2012 martial arts flick The Man With the Iron Fists, starring opposite writer/director/leading man RZA. With very little track record as an actor, he was mostly cast for his physical presence and the film advertised it well with his character, named Brass Body.