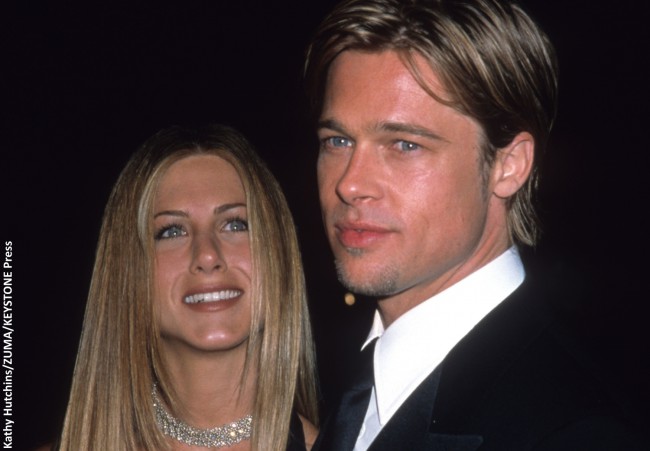 In the spring of 1998 the world was introduced to the ultimate Golden Couple. Set up by their agents on a blind date, Jennifer Aniston and Brad Pitt fell head over heels for each other in what appeared to be the relationship of the decade. After two years of dating, America’s Girl Next Door and the Sexiest Man Alive tied the knot on July 29, 2000 in a lavish $1 million wedding. Five short years later, the couple announced their split after it was revealed that Brad had fallen in love with co-star Angelina Jolie while filming Mr. & Mrs. Smith in late 2004. And the ultimate rivalry -- Team Jen vs. Team Angelina -- was born.