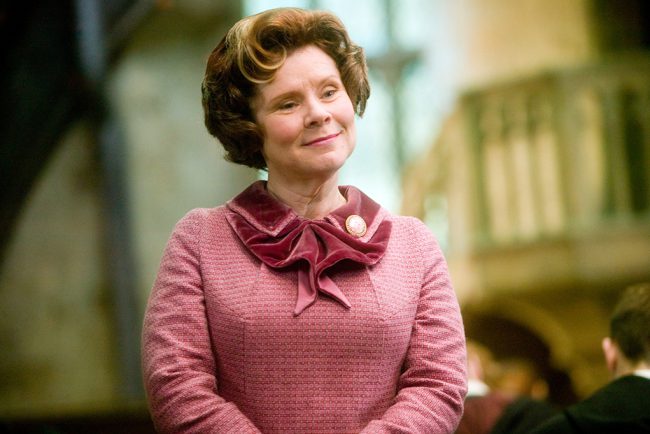 Dolores Umbridge – Harry Potter and the Order of the Phoenix

Movie Characters You Love to Hate

Let's start off with an easy one. One of the most universally hated characters in all cinema worlds is Professor Umbridge from the Harry Potter franchise. Even Stephen King called her "the greatest make-believe villain to come along since Hannibal Lecter." Unlike some villains, Professor Umbridge isn't visibly bad. Instead, hidden behind her pink suits and perfectly coiffed hair is a sadistic woman full of cruel and abusive punishments. Almost everyone has had a Professor Umbridge in their lives before, whether it was a teacher who refused to listen or constantly punished you for the smallest things. Her actions, while horrible, are also all too familiar.