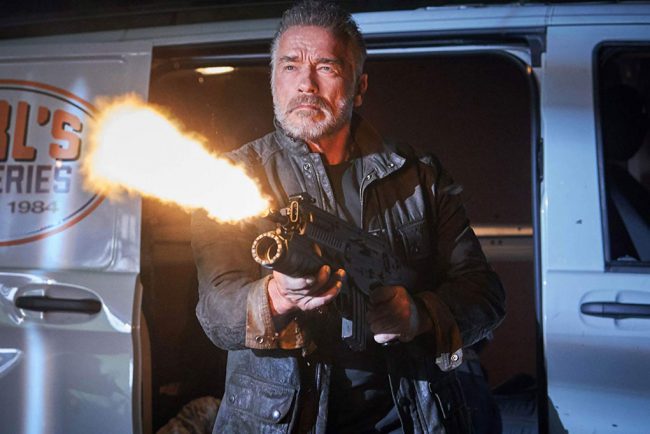 Reprising his role as the notorious Terminator, Arnold Schwarzenegger is back for the sixth installment to the franchise in Terminator: Dark Fate. James Cameron returns as a producer on this film, which is set 28 years after the 1991 film, Terminator 2: Judgment Day, which was the first feature film ever produced by Cameron (he also directed and co-wrote the screenplay for the 1991 film).