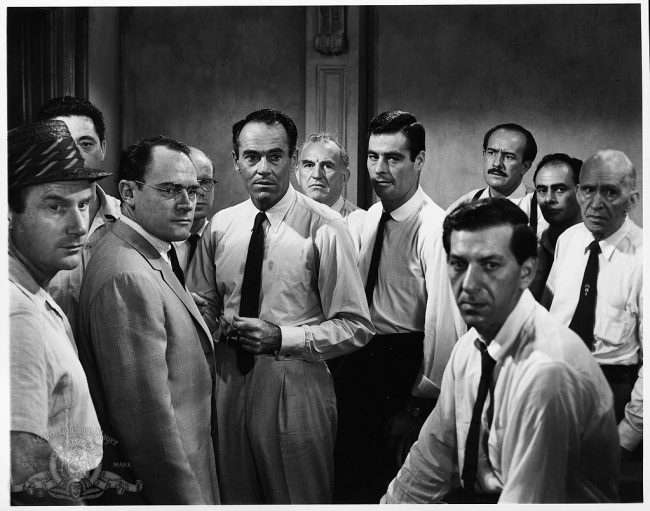 This 1957 classic finds 12 male jurors in a New York courthouse, secluded in a room. The men must decide the conviction or acquittal of an 18-year-old man accused of killing his father, and one by one, Juror 8 (Henry Ford) argues that the murder isn’t quite as clear-cut as they originally thought. All but three minutes of the film were shot in the 16’ x 24’ jury room in the New York County Supreme Court in Manhattan.