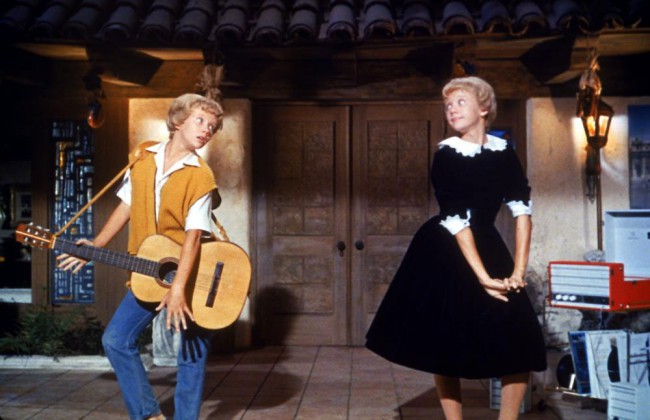 This classic, which experienced resurgence with a remake starring Lindsay Lohan in 1998, centers on identical twin girls who, unbeknownst to their divorced parents, connect at summer camp and hatch a plan to reunite their mother and father. The two-time Oscar nominated picture features Hayley Mills as the crafty sisters as well as recently deceased Maureen O’Hara as their mother.

Fun fact: The film was originally supposed to be titled His and Hers, but that name was already taken by another studio. Susan and I, We Belong Together as well as Petticoats and Blue Jeans were also considered.