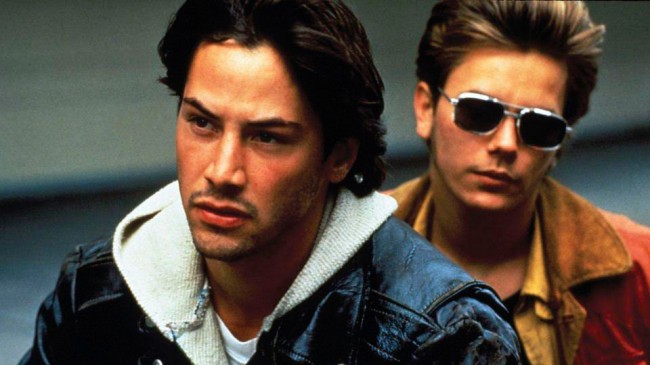 The winner of three Independent Spirit Awards in 1992 and TIFF's 1991 International Critics' Award, My Own Private Idaho was the first film to directly address the theme of gay male hustling. Director Gus Van Sant, who has said the themes of the film made certain Hollywood heavyweights uncomfortable, cast Keanu Reeves as Scott, the rebellious son of a mayor, and River Phoenix as his friend and gay hustler Mike. The two travel the grungy streets and expansive highways of the Pacific Northwest seeking a sense of belonging. The movie has been called a loose interpretation of Shakespeare's Henry IV.