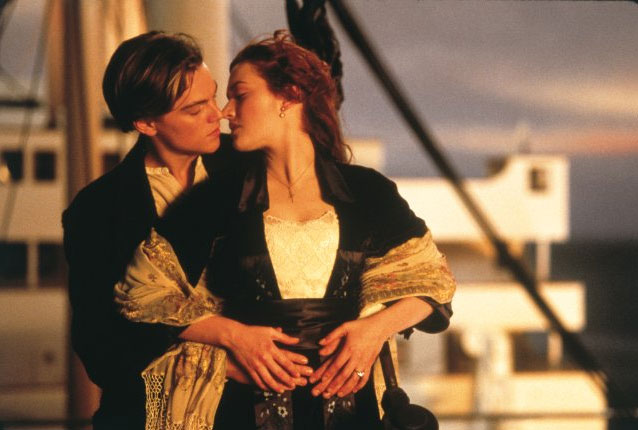 Rose (Kate Winslet), who's engaged to marry a man she doesn’t love, feels hopelessly trapped while boarding the Titanic. In contrast, Jack Dawson (Leonardo Di Caprio) and his best friend, who've won third-class tickets in a card game, are excited to board the ship. Jack stops Rose, who's trying to commit suicide, from jumping overboard and the two become inseparable. When her fiancé finds out about their relationship, he locks Jack in a room as the ship is sinking.