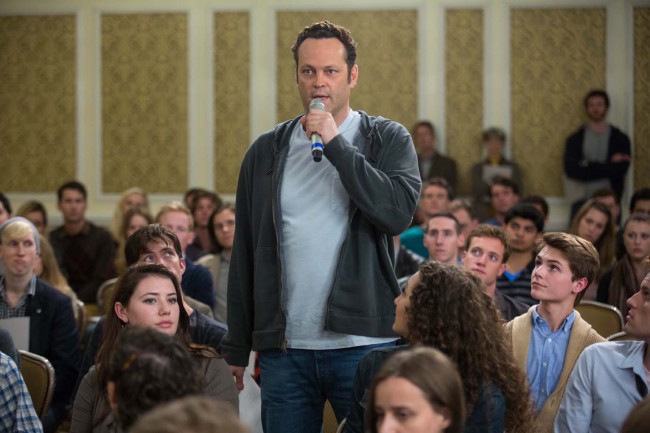 Vince Vaughn takes on the role of David Wozniak, a lovable underachiever who sold sperm to a fertility clinic in his youth under the alias "Starbuck," only to find out years later that he is the biological father of 533 children, 142 of whom now want to know who their father is. They're so adamant that they file a lawsuit to force their father into revealing himself. Meanwhile, his girlfriend finds out she's pregnant and without knowing David is the man in question, she and his friends and family are calling Starbuck a pervert as the media publishes headlines challenging Starbuck to reveal himself. This movie is not only laugh-out-loud funny but touching at the same time, as David realizes he's not quite the loser he thought he was, and the importance of family.