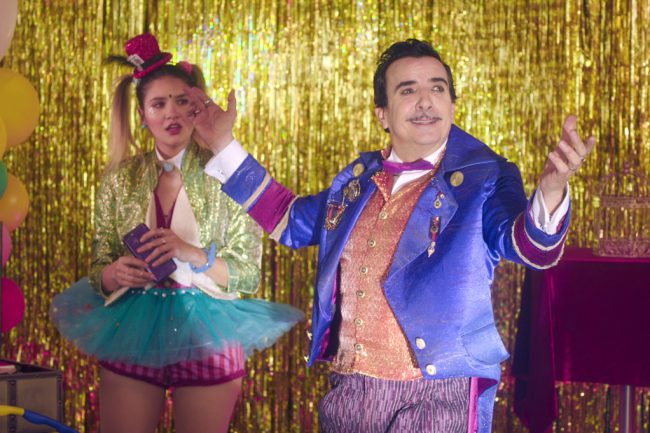 A magician who calls himself El Gran Juanquini (Antonio Sanint) is hired to perform at a party, but when he makes a drug boss disappear during the show and is then unable to make him reappear, he finds himself in hot water with both the mafia and the police in this Colombian comedy series.