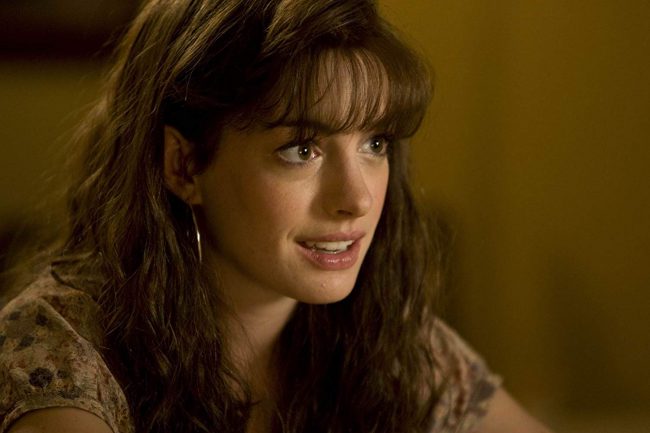 How bad was Anne Hathaway’s British accent in this film? During an appearance on James Corden’s late night show, the two faced off in a rap battle where Corden dropped the line: “This isn’t just for me, it’s for the whole U.K., mad at your awful British accent in the movie One Day.” So yeah, it was that bad.