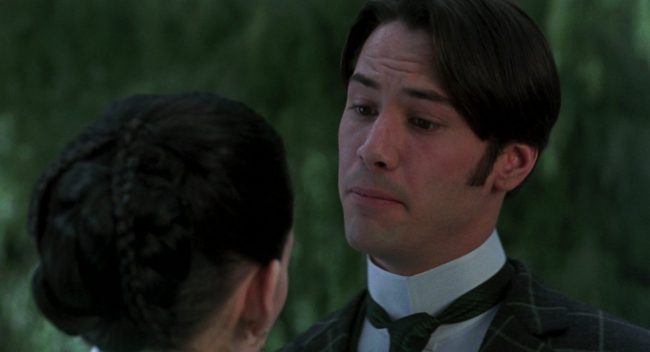 Keanu “whoa” Reeves tried to pull off an English accent to play Jonathan Harker, a young man whose fiancée is pursued by Dracula. Perhaps in another time period, the accent wouldn’t have been so bad. But this film takes place in the late 1800s, so Reeves attempted a stuffy, aristocratic cadence that just did not work coming out of Ted Logan's mouth.