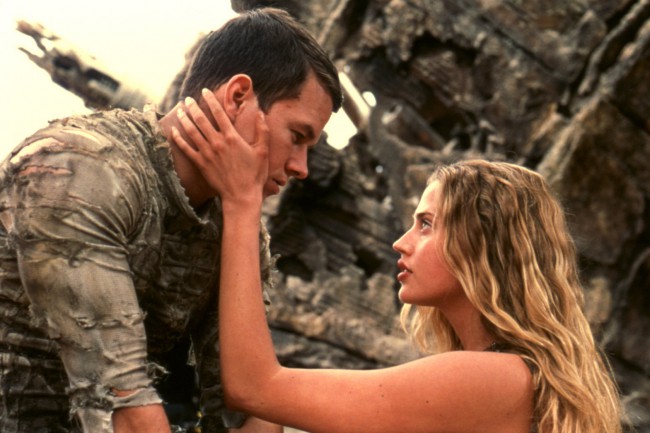 This lackluster blockbuster from the mind of Tim Burton re-imagines the long-running Planet of the Apes franchise as something in between the original novel and the 1968 adaptation that followed, with lots of bizarre liberties taken on top of that. Though it's most commonly known for its infamous ending (which is rather unfairly despised, considering its vague similarity to the original novel's terrific final moments), Burton's film boasts some truly incomprehensible plot developments, inane character arcs and some extremely questionable, Hollywood-influenced decisions (why, oh why do the humans speak English?). The set and makeup design is pretty top-notch, though—so there's that.